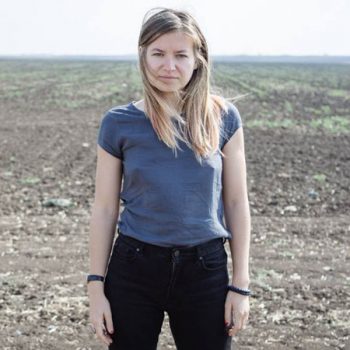 Brindusa I. Nastasa is a filmmaker and award-winning multimedia journalist from Romania currently based in Rotterdam. Co-founder of Springroll Media, a female only collective of media-makers, she has worked on projects for ZDF, CCTV, TV Brasil, Der Spiegel, The Ferret and De Correspondent. She has directed several shorts (fiction and docu-fiction), which have been screened at festivals worldwide. Her docu-animation ‘Goodnight Stories’ was nominated for ReporterPreis for Best Web-Video in 2017 and received second prize in the 2018 Migration Media Awards. With the Reporters in the Field Fellow for cross-border projects in 2015 and 2018, she is currently developing a documentary series in Romania about supernatural beliefs.