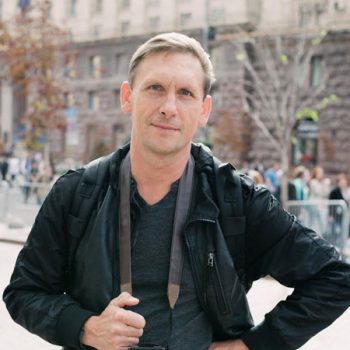 Alexander Chekmenev was born in Luhansk, Ukraine and started his career as a photographer in a small photo studio in 1988. In his free time, he photographed people on the streets and homes who were affected the most by the economic crisis after the collapse of the Soviet Union. His work provides an intimate and unique view on the transition of coal mining regions in the 90s in Eastern Ukraine. He works as a photojournalist and has published two books: Donbass by Kehrer (2011) and Passport by Dewi Lewis (2017). All projects are shot on negative film.